Is the Age of the West Coming to an End?

With the world rapidly changing before the our very eyes, there are some in the West that feel concern about Great Britain and other Western nations’ inability to be part of and shape this change from within. These are the thoughts of Dr. Peter Frankopan, Director at the Oxford Centre for Byzantine Research and Senior Research Fellow of Worcester College. 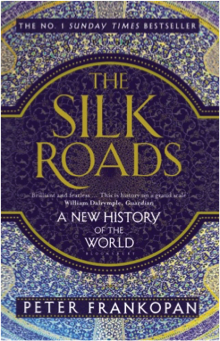 By invitation of the All Party Parliamentary China Group, CBBF went to listen to Dr. Frankopan discuss his most recent book ‘The New Silk Roads: Is the Age of the West Coming to an End?’ at the House of Commons on the 2nd March 2017. Chaired by Richard Graham MP, this discussion covered the complex nature of economic, political and social developments occurring in East, Central and Western Asia. With a focus on the New Silk Road and China’s ‘Belt and Road’ initiative, Dr. Frankopan expanded upon the developments along these new economic corridors and the need for Western politicians, economists and businesspeople to enhance their understanding of and engagement with this project, something he described as the most important issue of our time.

In keeping with the infrastructure emphasis of the ‘Belt and Road’ initiative, CBBF invited the General Manager of CRRC UK to attend. In the Q&A session, he shared his valued thoughts on this gargantuan initiative, sharing insights gained during his travels along key economic zones in Kazakhstan and other central Asian countries.

CBBF Consultant Mark Lindberg had the opportunity to ask Dr. Frankopan about how British companies may look to make the most out of the opportunities presented by the ‘Belt and Road’ initiative. In response, Dr. Frankopan explained that some of the most important factors were to do with mutual understanding, cultural appreciation and reciprocal respect. He said that business is ultimately a human exercise. Although it may be driven by facts, figures and rational minds, it is underpinned by strong relationships and trust. 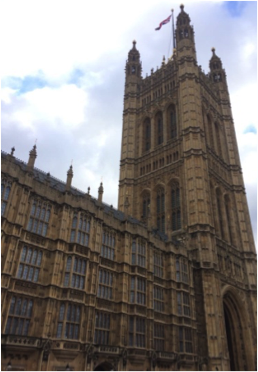 At CBBF, we pride ourselves on our ability to bridge the gap between East and West, to display both respect and appreciation for the Chinese mentality, culture and state-of- mind. It is this ability, coupled with our capacity to fuse what is Chinese and British that allows us to create opportunities, develop business relationships and cement the bond between our two great nations. CBBF would like to express its appreciation to All Party Parliamentary China Group for an enlightening discussion, and look forward to ensuring that the challenges that lay ahead are far outweighed by the opportunities waiting to be grasped.

To this end, look out for CBBF’s own ‘Belt and Road’ Discussion to be held at the end of March 2017. CBBF will look to invite leading figures to comment on this exciting initiative and the many areas of opportunities that will reveal themselves to British businesses. Stay tuned to find out more!