China is indeed going global, and the fruits of this outward investment expansion are to be shared by the entire world. An example can be seen through the RMB 100,000 prize won by Monolithic Organic-Metal Frameworks during the London round of the Shenzhen Innovation & Entrepreneurship International Competition held at the Hilton Hotel on Park Lane in Mayfair on the 28th March 2017. This competition was presided over by Shenzhen Human Resources and Social Security Bureau Party Secretary Cai Huanxing and a strong panel of judges. 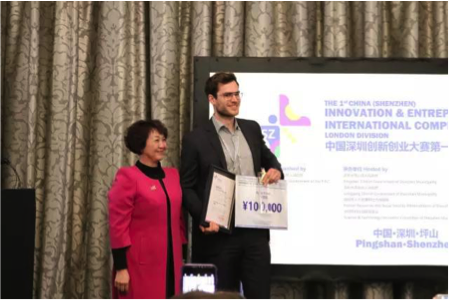 China and the UK are two countries that realise the importance of innovation-led economic growth and thus both have taken steps to harness the potential entrepreneurial talents of their respective populations. Moreover, there are many initiatives aimed at combining the two to help strengthen relationships and enhance economic collaboration between East and West. The human capital present in the UK coupled with financing capabilities of Shenzhen and other Chinese cities are creating huge momentum for innovation, particularly in the areas of fintech, IT, biotech, healthcare and clean energy. With competitions like these expected to multiply and grow in terms of attendees and prize money, it is likely that this trend of cooperation and mutual development with only grow with time. 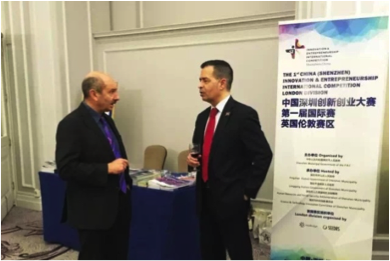 Shenzhen is seen as a window to China’s economic opening up and reform. The city and its population are known throughout the country for their business acumen and attention to detail and are praised as consistently being in front of the curve of Chinese economic policy development and strategy. To this end, they have established numerous technology and innovation centres and represent a major destination for international talent looking to grow their company and product within the Chinese market. Winners of the competition will be invited to the final international round in Shenzhen in May 2017 to compete against candidate companies from around the world. The overall winner will enjoy premium access to Shenzhen’s bountiful human and financial capital as well as innovation ecosystems to expand into the Chinese market.

With London as the second largest venture capital market in the world and Shenzhen as arguably the most innovative and business orientated city in Greater China, CBBF has identified numerous investment opportunities to be explored by these two great cities. According to the needs of our clients, we are becoming embedded into this space, identifying opportunities and creating the momentum needed for all parties to further the development of this exciting new sector. After all, one should never forget:

“孤掌难鸣” – It takes two to Tango